How Passive Houses Took Over Brussels

The Brussels Capital Region has experienced an energy revolution in the last ten years, transforming it into a lodestar in the passive house movement.

As early as 2010, the European Union issued the nearly zero-emissions buildings directive (or NZEB directive), triggering the movement toward low-emissions buildings in all Member States but giving them the freedom to follow their own path toward the implementation of the directive. Prior to the NZEB, Brussels (Belgium) launched a contest for exemplary buildings starting in 2007 to generate momentum around sustainable buildings by granting subsidies to construction projects exemplifying outstanding energy performance, architectural quality, low environmental impact, and scalability. In total, between 2007 and 2013, 253 projects received grants for an amount of €36 million. However, there was still a long way to come close to the NZEB target and a bold move was required for the Belgian capital city, where 70% of the energy consumed is used in buildings that are rather old: 90% of them were built before 1980. Nonetheless, the Brussels regional government saw an opportunity to become a European leader in building energy performance under those challenging circumstances and started working on a new legislation for the 400,000 square meters (4.3 million square feet) built every year in the heart of Europe.

In 2013, the first version of the energy performance of building (PEB) legislation was adopted. It stipulated that all construction permit requests would have to follow specific passive criteria as of 2015. The Belgian city did not go for the general passive standards [1], rather opting for a close substitute more suitable to its environment and situation. This PEB 2015 legislation defined criteria including annual heating requirement (<15 kWh/sqm or <4,755 BTU/sq ft), overheating (<5% year over 77°F) and airtightness. The initial objective of the legislation was to save over 150,000 metric tons of CO2 emissions from new buildings by 2025. However, this standard was very restrictive and it was very tough to comply with, hence two reforms were soon adopted.

In 2015, the reforms included a broad-ranging analysis and discussion involving all public and private actors of the Brussels construction sector. After the PEB 2015 rule's first six months in force, by mid-2015, the sector already gained valuable experience and insights for further improvements: the software was simplified and several bugs removed. The Brussels Environment Agency convened discussions, meetings and conferences to better understand all possible pain points and to find sustainable solutions in addition to spotting the sector's needs for better efficiency during the second reform. 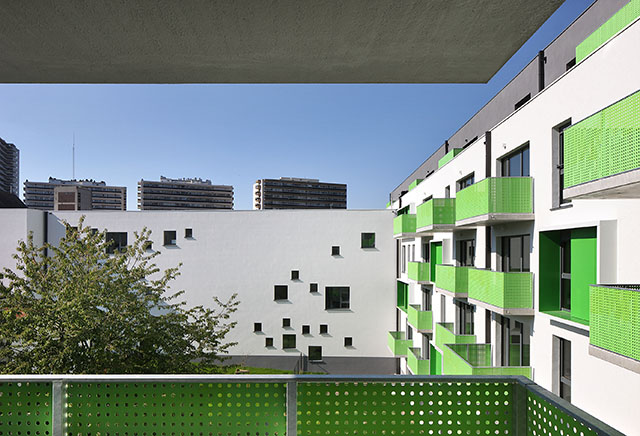 Through this collaborative process, the construction sector had a say on a regulation that required the development of new materials, technologies and skills. This second reform led to additional changes. The original very strict airtightness criterion was dropped for 2018 onwards as this criterion proved hard to be estimated beforehand and achieving the other criteria proved to be enough to achieve significant energy savings. More importantly, this reform was the basis the justify the extensive accompaniment of information and training initiatives offered by the agency and other public actors to the sector to increase their knowledge and skill levels for delivering on buildings that would meet passive-like standards. This information and training reform has been seen as the key to the regulation's future success as it brought all the parties involved around the same table. Hugues Kempeneers, representative of the Brussels Construction Confederation, highlighted the following: "All the proper discussions around the second reform led to shared ambitions for the PEB 2015 norm and the public actors were then very important and efficient in setting up the right tools and initiatives to train and inform the construction sectors. Without this public-private alliance, success for the passive buildings in Brussels would have been tremendously tougher to achieve."

More than two years since the implementation of the PEB 2015 legislation, it is appropriate to say that construction companies and architects, despite being somewhat frightened about the regulation, have coped well with the changes and do not wish to return to the previous building energy performance rules. The norm has a very high adoption rate thanks to systematic checks for construction permits and checks at random once the construction phase is completed. No data concerning the evolution of construction permit requests are yet publicly available, which make it is still too early to get a big picture of the rule's impact and to draw conclusions. However Brussels authorities confirm that if there were a decrease in the number of requests, it was much smaller than expected prior to the enactment of the reform. Also, the lack of waivers granted over the first two years is an encouraging sign [2]. On a less positive note, some construction companies and architects regret that the PEB 2015 rules impose certain specific technologies, thus reducing their creativity and freedom, as well as the use of more materials in the new buildings, especially for insulation.

In March 2017, a civil servant at the Brussels Environment Agency, stated, "The PEB 2015 solution is both more relevant and cheaper than a less ambitious project forcing us to transform all our buildings again within the next 30 years". Most actors involved in and affected by the PEB 2015 legislation acknowledged it as a significant step forward that gave Brussels a leading position in more sustainable and efficient housing. Even though it was a huge and daunting move to make, the sector has adapted within two years and does not want to move back to the old days.

Still, it is important to grasp that, the root causes of the legislation's success lie elsewhere: private-public collaboration provided the ground for a hassle-free transition to the new standards. Making sure that all affected parties had the proper guidance, information and training was essential for the adoption of the new standards. Notably, the second reform and all the discussions surrounding it both triggered positive interest, collaboration and enthusiasm around the project and the right pace of implementation. For now, it seems unlikely that Brussels can go much further in cutting the energy consumption of new-built and major retrofit structures. Positive buildings, i.e. those that generate more on-site clean energy than they consume, seem to be the logical next step, but it's hard to say when Brussels flex its green muscles again and make bolder commitment toward decentralized and renewable energies.

Thomas Huberland just graduated with a Master's Degree in Management from the Solvay Brussels School of Economics & Management (ULB), during which he also studied at the Renmin University of China. Last summer he completed an internship for the Brussels office of strategy consultant Roland Berger and this spring he interned with CO2logic.

[1] The Passivhaus standard requires that the building fulfils the following 3 requirements:

• The building must not leak more air than 0.6 times the house volume per hour as tested by a blower door, or alternatively when looked at the surface area of the enclosure, the leakage rate must be less than 0.05 cubic feet per minute.

[2] Only c. 10 demands for derogations were filed in 2 years and all managed to eventually fulfil the PEB 2015 legislation